My first WC since the WC final in Schladming 2009 went really well! It was great to be back at the world cup scene and see so many old friends and also awesome that so many swedes(and norwegians of course) were out there and cheered on us in Hafjell!

Even though I felt quite sick the days before and didn´t think I was gonna feel good enough to start I somehow managed to not get sicker and made it to the start. I knew I had good shape before this cold, and been training well the last 2 weeks so it could well work.  Since I only have my UCI points from the Swedish XC Champs this year I was called up as nr 65 out of 81 starters. I didn´t really know what to expect and decided not to stress too much the first lap. Just try to get out of the traffic jam and then start to move up through the field. Once the gun went off things went as expected and I had great legs. Was up around position 25 after 4 laps(half race) but then I felt weakened (in a different way than the normal race pain:-) and had to step off a bit to not blow up. But I held my pace pretty good and got 28th in the end. So I´m happy with that! Makes me wonder what I´ve could of done if I was 100% ?:-)

The other swedes in Men Elite XC did an amazing job with Matthias Wengelin on 6th and Emil on 11th! With me on 28th, I don´t know if there´s ever been 3 swedes in top 30 in a WC?

Had a blast with the national team the whole weekend anyhow!

Next up is the invitational MTB race in Guiyang in China. Me, Emil Lindgren, Matthias Wengelin & U23 Axel Lindh + coach Hjalmar Bengtsson is going there as the national team. Never been to China…:)

Here are a couple pics. Me jackin´it and one with me and old buddie, swiss ace Florian Vogel out spinning.. 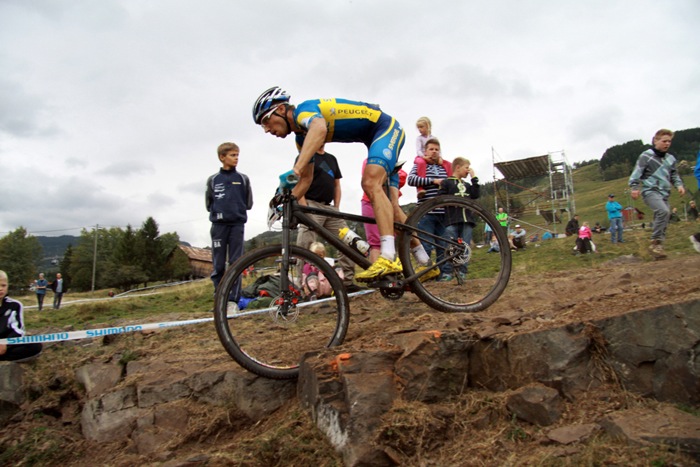 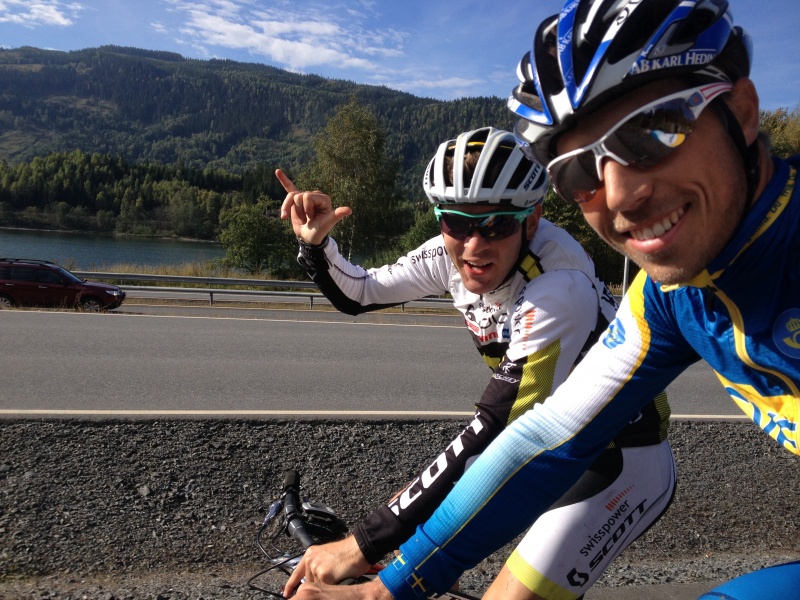